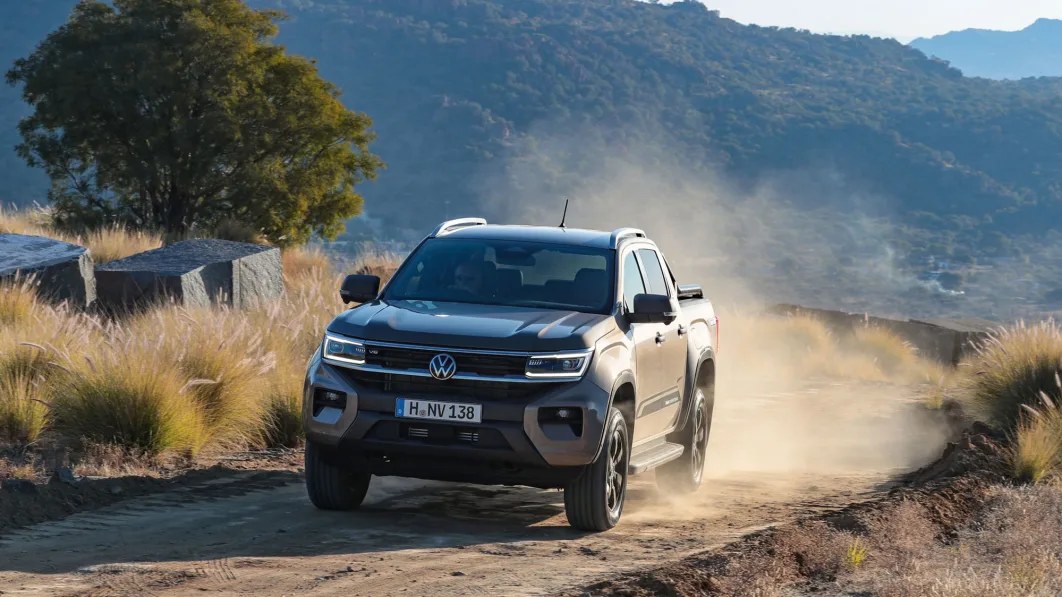 The last time we were discussing the Volkswagen ID.Ruggdzz was in 2020. At the beginning of that year, a battery-electric ID.Ruggdzz was going to join the Icons division of the ID lineup, perched on the MEB platform like the ID.Buzz, and rebirth the VW Thing with square lines and all-wheel drive. Come September 2020, the ID.Ruggedzz — renamed after VW relented on its consonant-to-vowel ratio — was still trying to find its place in the market alongside a reborn all-electric ID.Buggy concept. By December, the Ruggedzz and the Buggy were dead as VW focused on continued problems with software written for the volume ID models — problems that still aren’t resolved, in fact. Despite the public hiatus, Autocar reports the Ruggeddzz is still in the works, now based on the Ford Ranger’s T6 platform that also supports the new Volkswagen Amarok. The outlet spoke to VW Commercial boss Carsten Intra, who confirmed “It’s still on the agenda,” the two automakers still taking stabs at electrifying the chassis.

As Autocar points out, an Amarok-based off-roader would do for VW what Ford does with the Ranger, turning that American pickup into the Everest in certain global markets like Australia. Speaking of Oz, Ford Australia is said to be handling the brunt of the engineering work for the conversion, with Ford HQ in Michigan assisting. It’s said the body-on-frame architecture needs to fit at least 110-kWh of battery capacity to provide the necessary towing and range. The Amarok would be a smaller truck than the F-150 Lightning, but that battery capacity number sits between the 98-kWh and 131-kWh pack sizes for the Lightning and we haven’t heard anyone being impressed with the full-sizer’s towing range yet. VW designers worked up a concept Ruggeddzz when the plans were to have the thing in production by 2023, that model has never met the public.

Since we know there’s going to be an electric Ford Ranger (unless it gets canceled), an electric Amarok-like SUV seems a best-case scenario for both automakers. As things stand, we figure we won’t get this particular electric VW the same way we don’t get the ICE Amarok, VW bringing the impending Scout EV brand to the U.S. to satisfy our electric hardcore 4×4 lust. Reuters reports the Germans are talking to Foxconn’s Foxtron Vehicle Technologies about a Scout platform, and to Magna Steyr about an assembly plant in the U.S. to build it.

Celica - January 18, 2023 0
Aston Martin is bringing this iteration of the DBS sports car to a close, so of course it's doing so with one more...