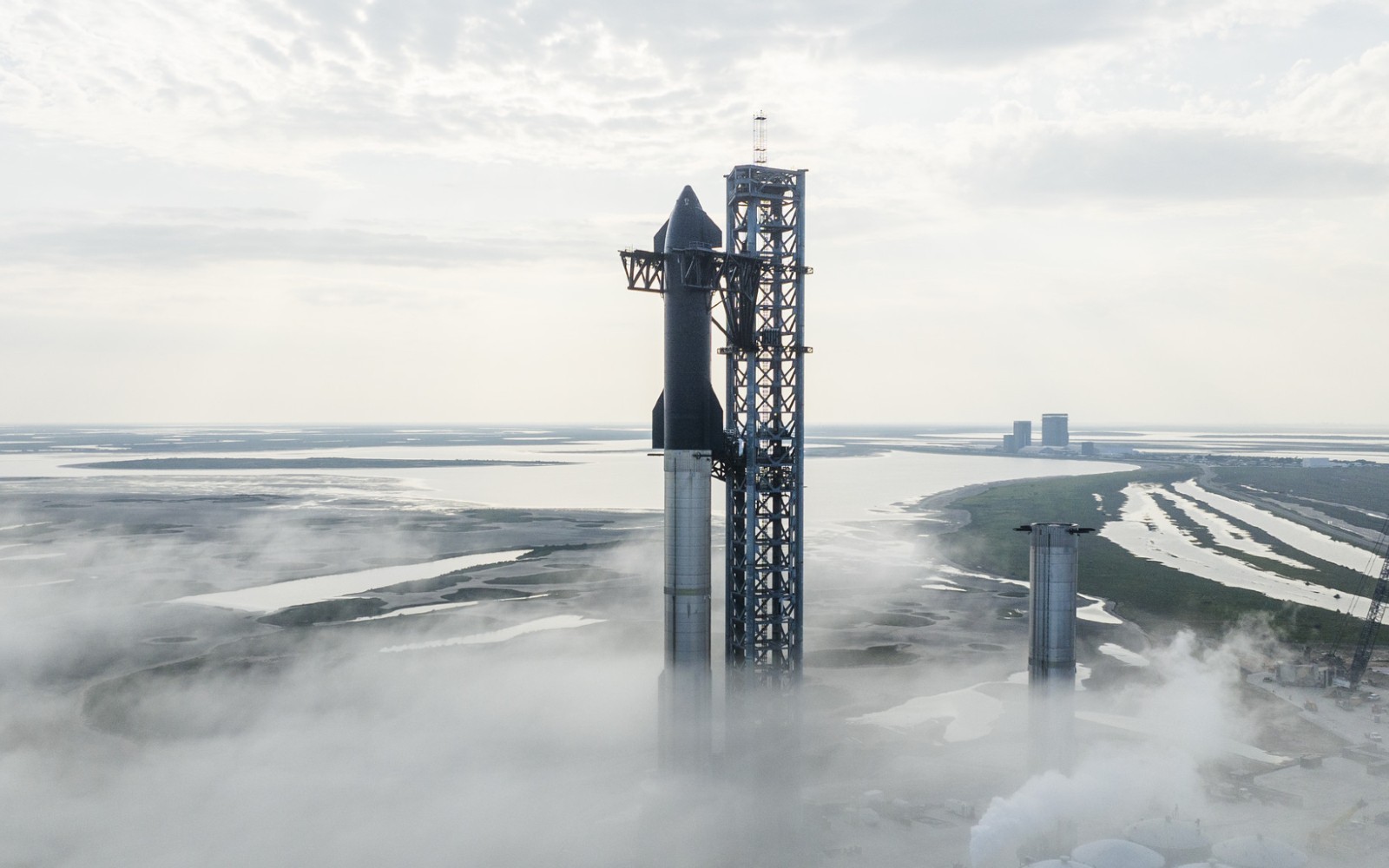 SpaceX’s next-generation Starship super heavy-lift rocket is one step closer to the day when it may finally fly. On Monday, SpaceX fueled a fully stacked Starship for the first time. The “wet dress rehearsal” saw the company load the vehicle’s Super Heavy and Starship stages with more than 10 million pounds of liquid oxygen and methane fuel. Additionally, SpaceX ran through some of the countdown procedures it will need to complete on launch day. “Today’s test will help verify a full launch countdown sequence, as well as the performance of Starship and the orbital pad for flight-light operations,” SpaceX posted on Twitter.

Starship completed its first full flight-like wet dress rehearsal at Starbase today. This was the first time an integrated Ship and Booster were fully loaded with more than 10 million pounds of propellant pic.twitter.com/btprGNGZ1G

As Space.com notes, Monday’s test means SpaceX is on track to complete an orbital flight of Starship sometime in the coming months. The company filed the necessary paperwork for that test in May 2021, following its first successful landing of a Starship prototype. Since then, the Starship program has encountered a handful of setbacks. For instance, a lengthy review saw the Federal Aviation Administration order SpaceX to take more than 75 actions to mitigate the impact of Starship launches on the environment surrounding the company’s Boca Chica site in Texas. More recently, a booster test fire ended with a fiery explosion. Following this week’s wet dress rehearsal, SpaceX must complete a few more on-the-ground tests before Starship can fly. One of the more critical trials will require the company to simultaneously fire all of the Super Heavy booster’s 33 Raptor engines.

Ramona - January 20, 2023 0
LG just unveiled a portable projector for those who are willing to give up battery power in the name of image quality and...