Miracle News Update news daily all around the world
Home Autos Peak gasoline! Demand in U.S. is in decline as climate policies take... 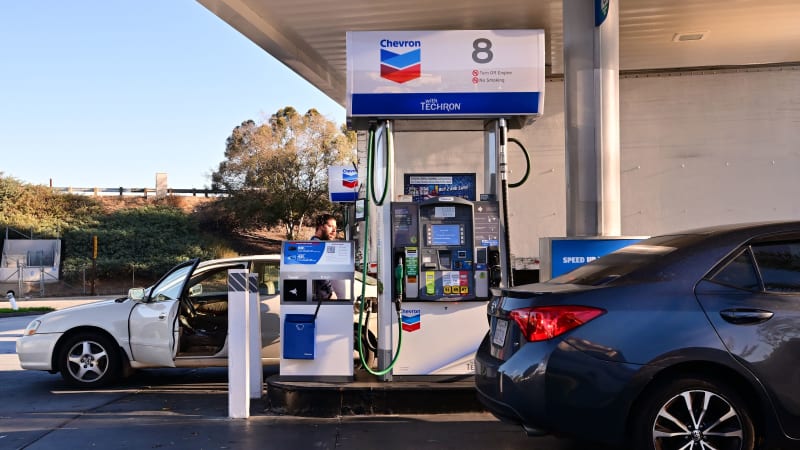 Gasoline demand in the U.S. has peaked, with a surprise slowdown last year signaling that consumption is unlikely to ever again return to pre-Covid levels.

This long-awaited milestone shows that climate-friendly initiatives put into place more than a decade ago are finally taking the U.S. across the threshold. American drivers are traveling more miles on less fuel than ever thanks to a generation of cars with more efficient engines as well as new electric vehicles. The government forecasts further declines for gasoline demand this year and next.

What comes next is a two-track future, short-term pain, followed by decades of economic and environmental benefits.

In the next several years, the fuel industry is poised to cut supply faster than the drop in demand, with more plants due to shut or convert to smaller biofuels facilities. The result could be production crunches for gasoline, price spikes or even limited outages because of the mismatch. Paradoxically for drivers, it’s gasoline’s slow death that will make it painful.

In the longer term, falling gasoline demand will eventually mean tamer prices and lower emissions, which is obviously good news for the environment since transportation is the biggest contributor to greenhouse gas emissions in the U.S..

Peak gasoline will “have significant implications for consumers, inflation, politics,” said Mark Finley, an energy fellow at Rice University’s Baker Institute for Public Policy. “All in all, a big deal — over time.”

One of the strange things about being at peak gasoline is that there’s still quite a lot of demand. Consumption started plateauing in the years before the pandemic. Even as it drops now, it’s not falling off a cliff and is still at what historically would be considered high levels.

At the same time, oil refiners, who turn crude into useable fuels, are already cutting back to stay profitable. The supply losses were exacerbated because of pandemic-induced shutdowns. Since gasoline plants are destined to become uneconomical stranded assets as demand fades, there’s little incentive to increase output from them now.

In simple terms, the refining industry risks moving on from gasoline more quickly than consumers.

It’s the latest example of the global energy transition’s bumpy path. While most prices have calmed in the past few months, the jolts in natural gas, electricity and fuel markets are likely to be with us for the next several years as investments flow out of fossil fuels and into technologies for clean power. And it also underscores why energy-driven inflation has become harder to control — even periods of relative stability will likely be punctuated with volatile price jumps that will make the Federal Reserve’s job that much more difficult.

Oil refiners have already reduced their production capacity by more than 1 million barrels a day, equal to about 5% of the U.S. total.

That squeeze helped to send retail gasoline prices to all-time highs in 2022 and left drivers in parts of the country facing lines to fuel up during the worst crunches of 2021. The disruptions are set to continue because of just how long the lingering dependency on gasoline will last.

“It will take decades for gas-powered vehicles to drive off into the sunset,” said Rob Jackson, a professor of Earth system science at Stanford University.

How much will U.S. demand fall?

The Energy Information Administration sees a modest decrease for 2023, predicting a drop of less than 1% to 8.74 million barrels a day.

Matthew Parry, head of long-term forecasting at consultancy Energy Aspects, says the declines will become more pronounced over time. He predicts consumption will slump by about 15% between 2022 and 2027, for a total decline of around 1.4 million barrels a day over the period.

“It’s the ongoing replacement of old cars with more fuel efficient ones that contributes to the steady erosion in the amount of gasoline used per mile,” said Linda Giesecke, an analyst at consultancy ESAI.

U.S. fuel economy in 2021 reached a record 25.42 miles per gallon, and preliminary data for 2022 shows an even greater jump to 26.36, according to the Environmental Protection Agency. These are the results of tough fuel mileage standards Barack Obama called a “harbinger for change” back in 2009. President Joe Biden has put forward even more aggressive goals, and his administration’s Inflation Reduction Act dedicates $374 billion to climate-related spending, including for EVs.

How long will the bumps last?

It’s hard to predict exactly when the supply and demand sides will even out, partly because that will depend on how quickly consumers buy new fuel-efficient cars and EVs.

In 2022, vehicles that run on full or partial electricity were poised to account for more than 17% of U.S. auto sales, up from 3.3% six years ago, according to researcher LMC Automotive. But so far, EVs account for less than 1% of all vehicles on the road.

Cutting fuel demand is a long game. To put in perspective how much time it takes for the fleet to turn over: Even if all cars sold in the U.S. today are EVs, it will take an estimated nine years for EVs to replace just half the cars on U.S. roads, according to John Eichberger, executive director of the Fuels Institute.

What does this mean for inflation?

Gasoline accounts for about 4% of the consumer price index. But fuel costs loom much larger in the minds of consumers, many of whom have to fill up their tanks weekly. To understand the outsized role gasoline plays in the economy, just consider the extraordinary steps that the Biden administration took in the last few years to keep prices under control: The president ordered a huge release of reserves from the strategic oil stockpiles and was imploring American oil drillers to increase output, even though the move stood in contrast to his climate-focused agenda.

Short-term price spikes in the next few years will continue to be a headache for policymakers. But zooming out a bit more, the long-term decrease in fuel demand will eventually help to keep costs in check.